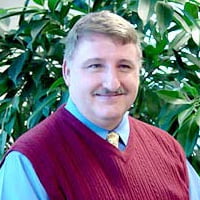 Redding, Calif. – A 60-year-old male presented with a 19-year history of severe knee pain as a result of an on-the-job injury. The patient, a former police officer, was no longer able to work or perform day-to-day activities due to chronic pain and arthritis. The patient had undergone extensive treatment including arthroscopy, anti-inflammatory medications, and ambulatory aids in an effort to improve his situation. 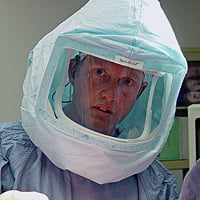 The patient’s left knee was bone on bone in the medial compartment prior to surgery. This condition severely limited the patient’s ability to walk and stand. He could not walk more than one to two blocks or stand on the knee for longer than 30 to 45 minutes due to severe pain. After undergoing a course of serial steroid injections, the patient was left with the option of undergoing a total knee replacement or facing an ongoing decline in his functional status.

During knee replacement surgery, surgeons remove the top portion of the tibia and the lower portion of the femur, replacing bone and cartilage with a plastic and metal device that simulates the natural hinge of the human knee. Traditionally, the incision for this surgery is between eight and 10 inches or 20 and 50 centimeters in length, resulting in postoperative pain and a need for rehabilitation to develop the range of motion in the knee. The American Academy of Orthopaedic Surgeons (AAOS) states that almost 267,000 total knee replacements are performed each year in the United States.

On April 16, the patient underwent a total knee replacement using minimally invasive surgical instruments joined with computer-guided navigation in a single procedure. With the computer-assisted orthopedic surgery, physicians were able to track in real time the exact position of the instruments relative to the patient’s bones during surgery. This process uses data from infrared cameras and surface mapping of the femur and tibia. Using on-screen prompts, the surgeons were able to guide the ideal alignment of the instruments and trial components in order for mathematically accurate bone cuts to be made. During the final stages of knee replacement surgery, surgeons balance ligaments to ensure joint laxity. Computer-assisted surgery techniques utilized in this patient’s case enabled the surgeons to assign a numeric value to the patient’s joint laxity, thereby eliminating the manual guesswork of joint balancing.

Using the computer-assisted techniques in this surgery meant alignment of the patient’s implant was near perfect-within one degree-as outliers were eliminated. Given the common reason for failure in knee replacement is wear on the plastic on the top of the tibia due to misalignment, this greater alignment accuracy when compared with traditional knee replacements promises to significantly extend the life of the implant. 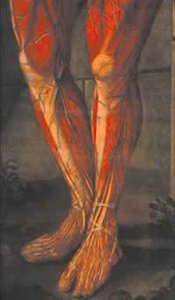 For surgery, the patient did not require the insertion of an intramedullary (IM) rod, a device that in traditional knee replacements is inserted into the bone marrow canal in the center of the femur to align and stabilize. Computer-assisted surgery eliminates the need for the IM rod, meaning the patient does not then have fat pushed into the bloodstream, thereby lessening the possibility of fat embolism syndrome. Moreover, computer-assisted surgery eliminated the need for any mechanical jigs, which reduced the overall trauma to the patient.

Furthermore, using the minimally invasive techniques, the patient’s quadricep did not need to be split or the patella everted (turned over), which is common in a total knee arthroplasty procedure. The surgery was performed making a small incision of four inches. With this procedure, the patient’s incision was reduced by approximately 50% to 60% compared with traditional total knee replacement surgeries. In this procedure, less soft tissue stripping and soft tissue releases were performed than what is traditionally done with a full open total knee replacement. The shorter incision resulted in less trauma to the underlying muscle and soft tissues around the patient’s knee.

Since performing the initial procedure, a total of 25 total knee replacements have been executed using minimally invasive surgical instruments joined with computer-guided navigation. The outcome of this patient’s procedure is completely consistent with the results of the other cases, with patients experiencing a faster recovery and regaining mobility within a few days of the surgery.

Based on the total knee replacements performed to date using this technique, the result is more accurate frontal plane alignment, within one to two degrees.1,2 The ability to line up the mechanical joint with greater accuracy may result in a lower wear rate, while malalignment of four to five degrees can produce a higher wear rate, thereby reducing implant longevity by as much as one half.

Paul E. Schwartz, MD, an orthopedic surgeon, founded Shasta Orthopaedics & Sports Medicine in 1993. He is the senior partner of the general orthopedic group with a practice emphasis in the area of sports medicine.