Physician Assistant
« back to All Providers 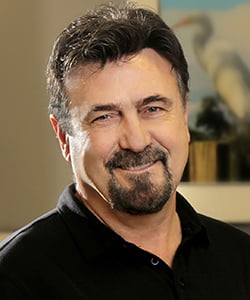 Terry began his medical career as a Navy Corpsman stationed aboard the USS Dwight D. Eisenhower. Following an honorable discharge from the Navy, Terry attended Columbia Southern University, where he earned his Bachelor of Science in Psychology. He also received board certification as an Orthopaedic Technologist (NBOCT) and an Orthopaedic Surgical Technologist (NBCOT). Terry received a Masters of Medical Science degree from St. Francis University, and later went on to complete the Primary Care Associate Program at Stanford University School of Medicine. Today, Terry is a Board Certified Orthopaedic Physician Assistant (NBCOPA), and is also certified by the National Commission on Certification of Physician Assistants (NCCPA).

When he’s not working, Terry enjoys spending time with his wife and daughter, cycling, working out at the gym, playing music and managing his music magazine.