Back Pain In Children

Back Pain In Children 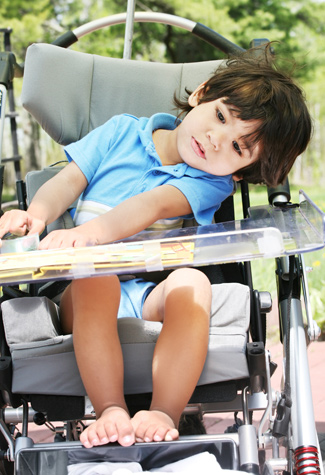 While back pain in adults is relatively common, children are more flexible and their bodies are more resilient, thus making back pain among that population less common. Because chronic or severe back pain can often be caused by a more serious medical problem, medical providers are more likely to treat such issues very seriously.

Here are some common back conditions that appear among children:

Spondylolysis – Typically seen in adolescents, Spondylolysis (stress fractures) may occur during growth spurts. Sports, such as gymnastics, diving and football, that cause a twisting and hyperextension of the spine, can also cause fractures. Children with Spondylolysis complain of mild pain radiating to the buttocks and legs that increases with activity.

Diskitis – Infection in the disk space (diskitis) can cause back pain. This condition typically occurs in young children (ages 1 – 5 years) but can affect older children and adolescents as well. Symptoms include lower back pain, abdominal pain, spine stiffness, walking with a limp, and/or squatting with a straight spine to retrieve something from the floor (rather than bending from the waist).

Tumors – Though rare, tumors such as osteoid osteoma can cause back pain in children. Most often found in the middle to lower back, pain caused by a tumor is constant and worsens over time.

Muscle Strain and Overuse Injuries – A growing problem among children involves overuse injuries and back strain caused by carrying backpacks that are too heavy. Filled with books, lunches and clothes, over-heavy backpacks (sometimes equivalent to 20% – 40% of a child’s own weight) can create significant strain on a child’s spine.

A recent article published by the Huffington Post, described the problem and offered suggestions for reducing risk in this area:

The American Academy of Orthopedic Surgeons recommends that the weight of a backpack should be less than 10-15 percent of a child’s body weight, but that isn’t always the case. Too often, children don’t wear their packs correctly, increasing risk of injury. “Improperly used backpacks may injure muscles and joints and can lead to severe back, neck, and shoulder pain, as well as posture problems,” orthopaedic surgeon and AAOS spokesperson Daniel Green, MD, told The Huffington Post. (Though, backpacks will not cause scoliosis, Dr. Green stressed.)

It’s easy to spot symptoms of a load that’s too hefty for your child, adds Dr. Rob Danoff, an osteopathic family physician. If kids grunt when putting on or taking off the backpack, have red marks on their shoulders from the straps, or if they complain that their shoulders, arms or fingers are “falling asleep,” those packs might just be too heavy.
But don’t fret, injury is preventable and it is possible for kids to carry backpacks comfortably. First thing’s first: Dr. Elise G. Hewitt, president of the American Chiropractic Association’s (ACA) Pediatrics Council, recommends shopping at a sporting goods store because employees know how to fit backpacks.

And though kids might object, Dr. Hewitt stresses the importance of using waist straps. “Shoulders are not designed to hang things from,” Dr. Hewitt told The Huffington Post, pointing out the reason indigenous people carry things on their heads. By using the strap, the bulk of the weight can be carried on the hip bones, rather than on the shoulders.

If your child complains of persistent or severe back pain, or displays any of the symptoms noted above, contact the Spine Institute and make an appointment to have him or her seen by one of our providers.