Redding, Calif. – From babies to telemedicine, from dentistry to ground-breaking knee surgery, the north state can tout some noteworthy medical accomplishments in the past year.

Home to three hospitals and dozens of other medical clinics and facilities, Redding is known for its quality health care. Recently, it was also singles out for innovative surgeries performed by some of its doctors. 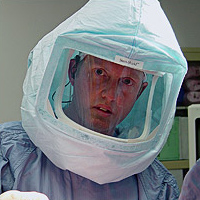 The new imaging software uses digital cameras, computers and fluoroscopy to track the movement of bones and instruments during surgery, said Gary Whiteaker, administrator of Shasta Orthopaedics, based in Redding.

Surgeons are better able to monitor joint alignment and implant placement, thus potentially increasing the life of the knee replacement, Lange said. The surgeries were performed at Mercy Medical Center in Redding. More than 40 such procedures have been done since then.