Shoulder Surgery Gets Redding Athlete Back To Crossfit

Shoulder Surgery Gets Redding Athlete Back To Crossfit 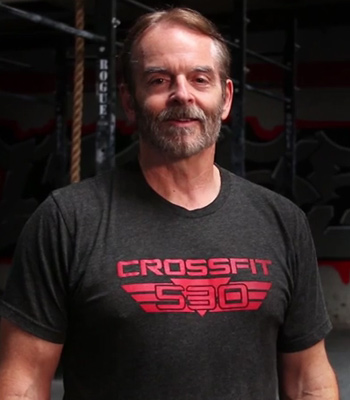 Crossfit is a core strength and conditioning program that has been growing in popularity throughout most of the world. Richard Henson, a 62 year old husband, father and grandfather in Redding joined a local Crossfit group in 2012 to get back into shape. After losing some weight and learning how to do all the exercises properly he was approached by a Crossfit coach who encouraged him to join the 2013 Reebok Crossfit Open, a worldwide competition where challengers all perform the same five exercises and submit their scores online in real time. Says Henson “I was surprised because here I am, a guy over 60 who is just trying to get into shape and I’m being asked to compete against other men in my age group from all over the world.”

He placed 7th in the world at the Open for men 60 years old and above. From there he went to the World Games in Carson, CA and he ended up 10th in the world for his age group.

Shortly after the 2013 games he was invited to a competition in the San Francisco Bay Area. “At about the third or fourth workout I was doing a bar exercise where you hang on a bar and bring your toes up to the bar as many times as you can. My left hand slipped off the bar and I fell and landed on my left shoulder and hit the back of my head.”

The fall blew out his left shoulder–all three ligaments were severed. His shoulder literally dropped several inches and his collarbone popped up toward his ear and his scapula (shoulder blade) disengaged.

Dr. Schwartz gave me my options: he said I could choose to do nothing other than physical therapy and I’d be ok but I’d never be able to do Crossfit again. Or, I could have surgery to repair and rebuild the shoulder and continue Crossfit. My wife and I decided that surgery was the way to go.”

Watch the video below and see just how far Richard Henson has come from that day in early 2013.