Orthopedic Surgeon specializing in Sports Medicine
« back to All Providers 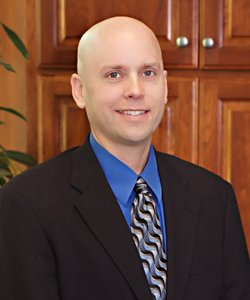 Dr. Schillen is an Orthopedic Surgeon specializing in Sports Medicine and Arthroscopic Surgery. Dr. Schillen is the Head Team Physician for Shasta College and Simpson University.

Dr. Schillen has significant experience working as a sports medicine physician. In addition to being the Head Team Physician for Shasta College and Simpson University, Dr. Schillen is also a Team Physician for the Justin Boots Sports Medicine Team for PRCA (the Professional Rodeo Cowboys Association). He was the team physician for the NCAA Division One athletic programs of the United States Air Force Academy. This included the Falcon Football team that finished in the top 10 of the USA Today Coaches Poll. Dr. Schillen has also been the team physician for several high school football teams in Texas where he helped organize and run physical exam and safety programs. Formerly, he worked as an orthopaedic surgeon with the Heavenly Ski Patrol and Heavenly Ski Teams. Additionally, Dr. Schillen has also worked as an assistant team doctor for the University of Texas at San Antonio, the University of New Mexico, and the United States Snowboard and Men’s Alpine Ski Teams.

He began medical school in 1992 at George Washington University, and graduated in 1996 a member of the Alpha Omega Alpha Medical Honor Society. He then completed an internship year at University of Washington in the surgery department and went on to complete his residency at the University of Texas in orthopaedic surgery in 2003. Dr. Schillen has completed a fellowship in Sports Medicine with the Lake Tahoe Orthopaedic Surgery Institute. He is also a Diplomat of the American Board of Orthopaedic Surgery.