« back to All Providers 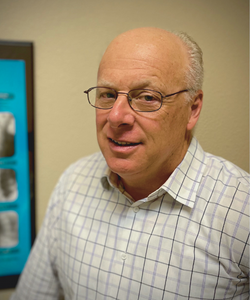 Dr. Lee S. James joined the Shasta Ortho team in October 2021.  He is a doctor of chiropractic medicine (DC) who has been licensed and practicing since 1989.

Dr. James ultimately chose to pursue the chiropractic profession at the urging of his cousin who had been a Redding-based chiropractor since the early 1980s. But the desire to study medicine was already set when Dr. James sustained an on-field football injury in college. As he engaged in his ongoing personal rehabilitation, he grew a deep appreciation for the value of regenerative medicine.

For two years, Dr. James practiced chiropractic medicine with his cousin in Redding before going into solo practice at Gateway Chiropractic in Anderson in 1991. Chiropractic care runs in the family as, in addition to Dr. James and his cousin, his younger brother is currently a chiropractor in Chico, CA.

Dr. James has lived in the Redding/Anderson area since childhood. In 2004 he returned to his alma mater, Anderson High School to be a part of the football team’s sideline medical team.

At his Anderson office that he established in 1991, Dr. James treated a variety of issues—from sports injuries and work-related issues to general health care for families. Dr. James’ approach to chiropractic care is simple yet powerful. He utilizes exercise, nutrition, and varied adjusting techniques, from low force to standard manipulation-based care to treat and correct patients’ issues as quickly as possible to allow them to return to their usual activities. He is excited to be a part of the multi-disciplinary approach provided by the team at Shasta Orthopaedics.

In his free time Dr. James participates in CrossFit competitions, most recently competing in The Masters Division. He enjoys spending time with his wife and their children.